BENSON – Arizona G&T Cooperatives has supported the Southeast Arizona Economic Development Group since SAEDG’s inception a decade ago. Now, through AzGT’s work with SAEDG, AzGT is the primary sponsor of CochiseEconomy.com, a new economic data and statistics clearing house designed to help the region’s economy thrive.

“We at AzGT are excited about the opportunities that the new website brings to our communities,” said Geoff Oldfather, cooperative communications and public relations manager for AzGT. “The goal is to support research, planning and decision-making that improve rural economies.” 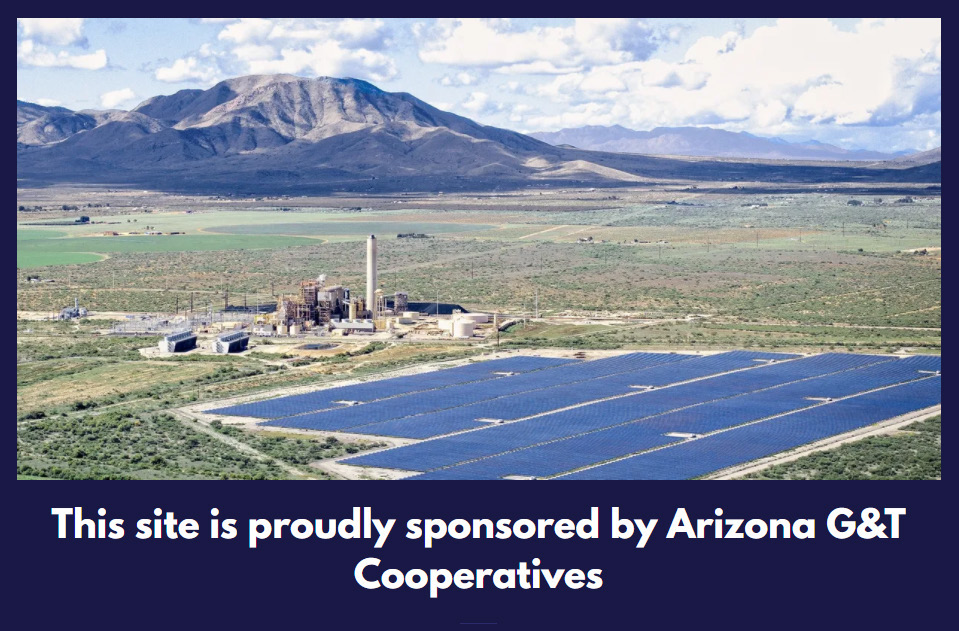 The site is the brainchild of Dr. Robert Carreira, an economist who conducts economic impact studies. In creating the website, Carreira applied experience he gained in gathering data for AzGT and other clients including local governments and universities. Calling AzGT an “economic powerhouse,” he has conducted bi-annual studies of the positive impacts that AzGT has on regional rural economies.

“In partnership with SAEDG, AzGT is making information available to all business, big and small—a win-win situation for AzGT, SAEDG, and local businesses and people,” Carreira said.

George Scott, SAEDG executive director, said that AzGT, along with its Member distribution cooperatives, are the biggest supporters of economic development in the area. “With the partnership between AzGT and CochiseEconomy.com, we will be able to attract new opportunities,” Scott said, adding that forming more local partnerships with existing businesses and educating leaders on how they can help will also be important.

Carreira says that Benson, the home of AzGT’s headquarters, has an important strength—land available for development in the Benson area along I-10 and SR 90. “I believe Benson will become the population center of Cochise County,” he said.

Ten years ago, AzGT made it possible for SAEDG to open an office on Benson’s main street using a low-interest loan administrated by AzGT through the Rural Economic Development Loans & Grants (REDLG) program. In total, AzGT has administered $1.2 million in REDLG loans for improvements at Benson airport and at hospitals in Benson and Willcox.

Sierra is the vehicle to develop new ways to serve the renewable energy needs of AzGT Member cooperatives and customers, and helps maximize solar and other renewable tax credits. Sierra has initiated two utility-scale solar projects. AEPCO’s 20 MW Apache Solar project is located on AEPCO property adjacent to and northeast of Apache Generating Station. The second project includes SunAnza Phase I, a 2 MW solar array, as well as SunAnza Phase II, which includes an additional 1.4 MW solar array and a battery storage system, all on property owned by Anza Electric Cooperative adjacent to its headquarters in Anza, California.