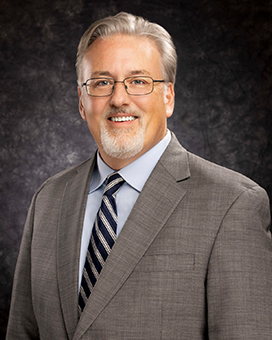 Patrick Ledger was named CEO of Arizona G&T Cooperatives in 2011. Ledger joined the cooperatives in 2002 as corporate counsel. He moved on to become senior vice president and chief operating officer (COO). He also serves as chairman of the board of ACES, AzGT’s energy management partner. Ledger earned a bachelor’s degree from Colorado College, and master’s and juris doctor degrees from the University of Arizona. 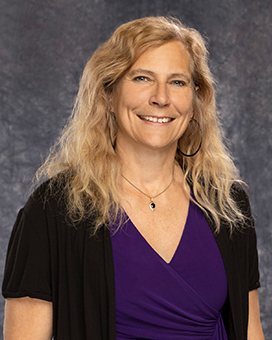 Eileen Brien participates in all levels of the creation and execution of Arizona G&T Cooperatives power and transmission agreements, contracts with Members and customers, and related contract matters. Any future project acquisitions and inter-utility contracts are also her responsibility. She joined AzGT in 2013 as energy services manager, and specializes in energy billing and scheduling.

Before joining AzGT, Eileen was the smart grid program manager for Sulphur Springs Valley Electric Cooperative (SSVEC), a Member of AzGT. Before assuming that role, she was a financial controller for SSVEC. Prior to entering the cooperative world, Eileen managed finances and agreements for a government contractor. She also has extensive experience with the financial and regulatory requirements associated with the healthcare industry after being chief executive and financial officer for a multi-specialty medical group.

Eileen has a bachelor’s of science in accounting from New Hampshire College and a master’s of science in administrative studies from Boston University. She holds an inactive certified public accountant license. 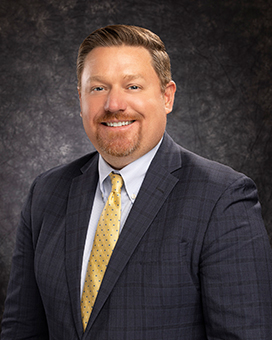 Ben Engelby was named general counsel of AzGT in 2019. Prior to joining us, Engelby was ACES vice president of regulatory and reliability services; he joined ACES in 2012. In addition to his general counsel duties, he is the AzGT chief compliance officer and CIP senior manager.

Ben has extensive experience in the energy industry, including bulk power operations and electric reliability organization compliance. He has served in leadership roles on several industry committees, including as executive committee member of the North American Electric Reliability Corporation Compliance and Certification Committee, and a voting member of NERC Members Representative Committee.

A licensed attorney in California and an active member of the Energy Bar Association, Ben earned his juris doctor degree from Thomas Jefferson School of Law and his bachelor of science in business marketing from Arizona State University’s W.P. Carey School of Business. 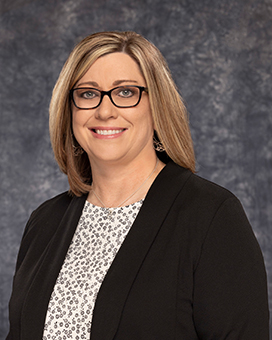 Michelle Freeark began her career with Arizona G&T Cooperatives in 2005 as an environmental planner, and moved up to manage environmental, safety and health issues and compliance. She was promoted to director of environmental services in 2011. Her role expanded to executive director in 2016.

Michelle supervises the cooperatives’ Environmental, Safety, Security, Land Services, and Resource Planning Departments.  Much of the environmental, safety and compliance issues handled by the division relate to air, waste and water. In addition, Michelle’s team sites and permits new transmission projects in addition to wildlife issues along our transmission lines and other properties. A big part of Michelle’s job includes monitoring and commenting on proposed federal and state environmental regulations. Michelle’s team also manages the physical security requirements of our business locations. 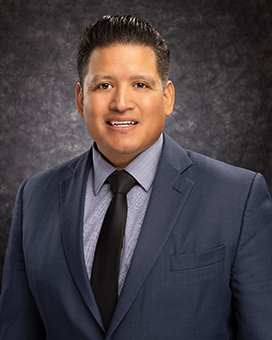 Chris Jimenez is AzGT director of energy services and planning, bringing to the position more than ten years of experience in all facets of energy management and resource planning.

Previously, he was with the ACES West Regional Trading Center (WRTC), located in AzGT’s Benson headquarters. He began as an hourly trader, was then portfolio director and manager of operations, and was most recently executive director of portfolio management.

Chris has been instrumental in improving and managing trading operations, optimizing existing Member portfolios, and implementing new portfolios for new Members and customers. He helped drive much of the growth at WRTC, along with the expansion of services in the Western Electric Coordinating Council bilateral, as well as in the California Energy Imbalance Market (EIM) and the California Independent System Operator (CA ISO) market.

During his time at WRTC, he built a highly effective and sophisticated team, took the lead in tackling complex analytical and operational issues, and was instrumental in developing a strong partnership between ACES and AEPCO and their Members.

Throughout his career at ACES, Chris was fundamental to the increased competitiveness and exponential growth of both organizations’ business. He also has a proven leadership track record with employee satisfaction, recruiting, professional development, mentorship, team building, enterprise management, entrepreneurship, budgeting, and reporting to boards of directors. 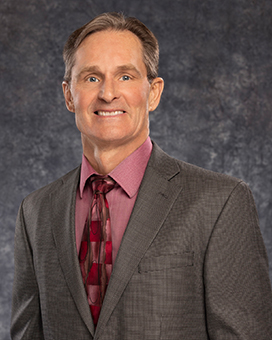 Few people have Mike Nelson’s level of experience and knowledge in managing a generating facility. Apache Generating Station operates 24/7, 365 days a year. Under Mike’s direction, Apache Station is one of the most reliable plants of its type and size in the U.S. The plant consistently earns a 97-plus percent rating.

Mike was named executive director of power production in 2016. His responsibilities include operations, mechanical, instrument and electrical maintenance; planning; regulatory affairs; and managing fuel and limestone quality. He brings his expertise to the following areas: 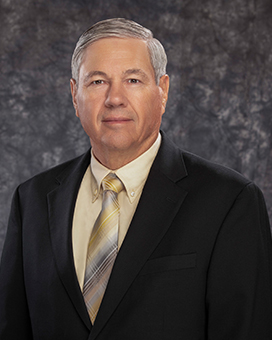 As executive director of transmission and system operations, Shane Sanders manages a team that works around the clock to ensure system reliability by monitoring and controlling all or a portion of 866 miles of transmission lines and associated substations, more than 1400 MW of system peak load, and more than 1200 MW of generation. His team works with a SCADA system that provides refreshed system data every two to four seconds and real-time operations control. His team includes substation and transmission engineering, transmission operations and maintenance, and engineering project support. Nathen Hatch was named director in 2022. He manages the generation engineering group as well as the business information and facility services areas. Nathen joined AzGT as a mechanical engineer III in November 2010 and became generation engineering manager in 2013. During his time so far at AzGT, Nathen supervised the replacement of the stacks on Steam Units (ST) 2 and 3, the addition of the activated carbon injection (ACI) system onto ST3 in 2016, and the low NOx conversion, or burner replacement, on ST1 in 2016.

Nathen is a member of the Generation, Emissions & CO2 Member Advisory Group (CEC02 MAG) with National Rural Electric Cooperative Association (NRECA). He is a licensed professional engineer (PE) in the state of Arizona.

Nathen earned his bachelor’s degree in business management from the University of Arizona in 2002, and a bachelor’s in mechanical engineering from the U of A in 2006. He is listed as inventor on Patent US20080115608A1 for Honeywell. 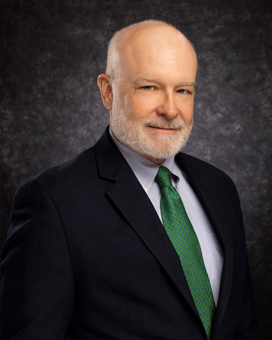 Pete Scott has been with Arizona G&T Cooperatives since 2011. He has more than 20 years of finance and accounting experience. Before joining Arizona G&T Cooperatives, he was director of finance and human resources and assistant secretary to the board at Labcyte Inc., a biotech manufacturing company in California’s Silicon Valley. At Labcyte, he oversaw the financial operations of a worldwide technology company with subsidiaries in five countries. He helped the company raise several rounds of private equity investment, managed the financial and accounting details of two corporate mergers, and negotiated and managed numerous private lines of credit and venture debt.

Previously, he was senior manager of accounting at Picoliter Inc. in Sunnyvale, Calif., and accounting manager at AlphaGraphics in Tucson. He has a bachelor’s degree from Colorado College and completed his CPA coursework at the University of Arizona.